While the term “lecture” can have a negative connotation in many educational circles, it remains an effective and efficient way to transmit knowledge from one expert to a room full of students within the confines of a one hour period. Luckily, the traditional lecture format is evolving to include a few techniques that can maximize the amount of content retained and increase the attention span of the modern student.

This article examines three proven and cost-effective examples where the addition of active learning techniques to the traditional lecture format resulted in a more engaged learning environment and had a measured effect on the rate of success for the students in each case. 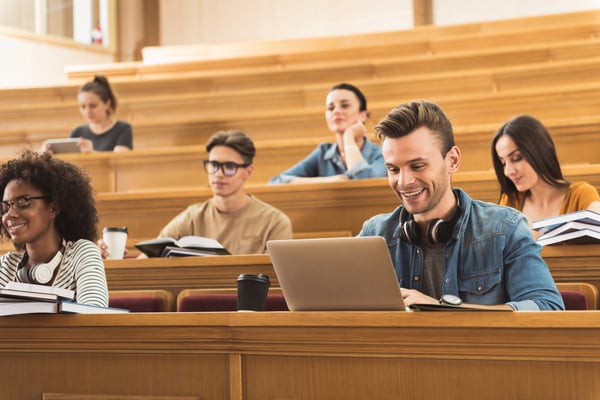 Technique #1: Give Your Students Time to Think

The ‘pause procedure’ is one active learning strategy which requires very little class time and can significantly enhance student learning. (Bachel and Thamen 2014). To test the effectiveness of this technique, researchers divided a group of 150 first-year medical students into two groups. The control group was taught using a straight lecture approach. The other group received the same lecture with 3 two-minute breaks in a 45 minute period, in which students were given time to work in pairs and clarify their notes, filling in any information they may have missed.

During the breaks, the professor circled the classroom, answering questions from each student pair. After the lesson, the professor tested both short and long-term retention by administering a free-recall exam immediately after class, as well as a 65 multiple-choice exam one and a half weeks after the last of five lectures.

The results showed a dramatic difference between the two groups. Participants who were allowed the two-minute reflections throughout the lecture scored an average of 9 points higher on both exams, an increase that could mean the difference between a C and a D for struggling students.

This process of breaking up the lecture is most likely successful because it refocuses the students before their minds have had time to wander, and provides an opportunity to start fresh, keeping them engaged.

Technique #2: Let Students Teach Each Other 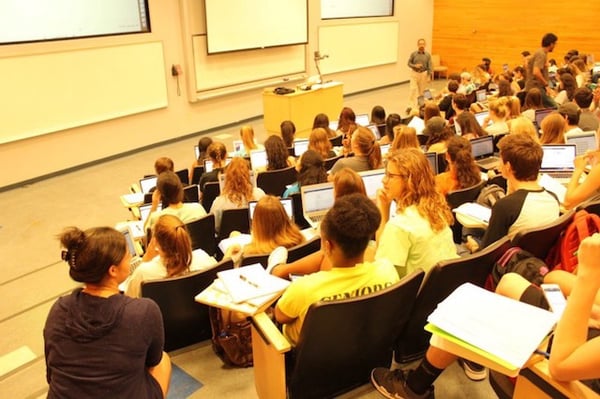 A similar study took the idea of the pause principle one step further by investigating the effects of Peer Instruction on problem-solving performance and conceptual understanding in a group of Chemistry students.

Mazur and Watkins (2010) define Peer Instruction (PI) as an “interactive teaching technique that promotes classroom interaction to engage students and address difficult aspects of the material.” During this study, one group of students learned with Peer Instruction throughout the lesson, while the control group received only the straight lecture.

Similar to the pause procedure, students in the PI group would be given 1–2 minutes to consider the concept on their own after an instructional period and answer a question with colored flashcards. However, if the percentage of their correct answer fell between 30–70%, the instruction would initiate a peer discussion in which students would debate their responses with their partner before trying the question again.

Although students in this study used colored flashcards to answer questions together, the researcher noted that the use of classroom response systems could have reduced the feedback procedure for the instructor and increased the real-time interactions between the students and the instructor during the discussion.

Students who learned with Peer Instruction showed significant increases in both conceptual understanding and their ability to solve problems. When the data from the final chemistry achievement test were analyzed, students who learned with PI demonstrated an 80% success rate in completing the quantitative problem set while only 42% of the control group were able to solve them.

Not only did these students perform better on academic tests, but professors also noted that Peer Instruction gave students the opportunity to analyze the concept, improve their critical thinking skills, and achieve a more in-depth and meaningful understanding.

Technique #3: Use Technology to Engage Every Student in the Room

The studies described above provide a technology-free way to add a level of engagement to traditional lecture formats. However, the use of a classroom response system can significantly enhance and simplify this process. A recent study conducted in 4 sections of macroeconomics classes at a small teaching college in South Carolina examined the effectiveness of using a classroom response system to enhance the traditional lecture.

The app was used to engage students with comprehension questions, exit tickets, and review questions before the exam. The control group received a straight lecture, were verbally asked the same questions, and students were allowed to volunteer their answers. All sections had the same homework assignments and exams; students were given a pretest and posttest as the primary form of assessment. (Green 2015)

The free site used in this study limits its users to 50 students in a classroom; however, there are other available classroom response systems with additional features that are more suited for larger classes with 100 or more students.

The analysis of the data taken from the student tests indicates an average improvement in post test performance of over 8 percent for students in experimental sections. The author of the study also reported that students in the using a response system were more engaged, despite having their devices out.

While it may be counterintuitive to some who enforce a no-technology policy, students who are required to answer questions during a lecture with a response system must be more attentive and engaged due to the expectation that they will be required to show their understanding of the content before the end of class. The use of classroom response systems to engage students surpasses the practice of calling on them one by one as it involves every single student in the room instead of just one or a few volunteers.

The takeaway from these studies seems to be that introducing engaging activities in lectures can have a significant effect on the ability of students to recall information when they need to. If the goal is to increase student retention and help more students graduate, then universities and professors should look for ways to integrate these techniques into their lesson plans to raise the level of engagement and enhance student learning.

For more insights on how to use technology to engage your students, visit at https://www.squarecap.com or continue the conversation on Facebook, Twitter, and LinkedIn.

Activate your three-week trial with Squarecap by signing up for a 30-minute demo at https://squarecap.com/book_a_demo.

Squarecap is an easy to use engagement tool created by an award-winning professor to provide the in-class or online engagement support that modern teachers and students need.

Our interactive features have been proven to support student success by automatically tracking daily attendance, increasing lecture comprehension through live questions and personalized feedback, and facilitating a live Ask & Vote for hesitant students to address gaps in content knowledge.  More →